I’m in the middle of writing a post about backpacking during Thanksgiving in the Grand Canyon. It’s a pretty fun adventure to talk about, and while I’d like to just finish it, I needed to write about something else today.

Today I woke up feeling pretty off, maybe even a little depressed. I’d say I experience small bouts of depression that last for a few days every couple of months or so. These aren’t something that keep me from taking a shower, going to work, socializing, eating…..etc, even though that’s how almost all forms of depression are portrayed. It’s just a rather defeated, hopeless feeling that creeps in every now and then without any real cause. It sucks, but it’s not debilitating.

Like most white people living in Boulder, I go to therapy. It’s something I’ve done for about three years now, and during that time I’ve definitely put some thought into these patterns of crumminess. While there is no real trigger, I would say I’ve developed a pretty deep narrative of myself that can be hard to break free from when it happens.

One of those narratives involves where I came from. I grew up in a super small town of less than 900 people. There was one grocery store and no stoplights. I, for the most part, was not a fan of growing up there (even though there were some good aspects). I never felt like I belonged, and I thought all of my problems would disappear as soon as I left. What I didn’t know though is that this feeling of not belonging would never really go away.

From attending my first lecture in college (which had more students in it than my entire high school), to traveling, to working in the tech space, and living in the mountains, I have always felt like an outsider. I think I have no business being where I am or doing what I’m doing, and someday soon, someone will figure it out, someone will see the real me.

Ok, so what’s the real me? Well that’s another narrative that gets really fun. During times like these, this is the normal list of crap my mind likes to revisit.

This list is probably more than 20 if I’m being honest, but you get the picture. I also hate that I let myself think or even care about these things in the first place. I feel ugly and unattractive, but then I feel shallow and vapid for dwelling on it. Something good happens to someone I know but I can’t feel happy for them because that success just reminds me of my constant failure. And that type of reaction just makes me an even crappier human than I thought I was when this whole thing started. From there I just continue to slide down the long spiral of self loathing.

The mind can be a pretty unforgiving place.

I know there are a lot of good things in my life to be grateful for, and that it could be so so so much worse. Nothing traumatic has ever really happened me, I have just about everything I need, and I’m safe.

But the thing is, when you get into this place it’s hard to crawl out with any logic. It’s just a nasty little wave you have to ride out.

Now I know there are sections and sections of self help books, podcasts, blogs, and Oprah reruns to help work through these thoughts. If I’m being honest though, sometimes I don’t want to work through it, or combat it, or fix it. Sometimes it just feels good to fucking feel something. Because to feel like you’re struggling and lost and insignificant, in a weird way can make you feel human.

Now I’m not writing about this for sympathy or validation. I’m not looking for encouragement or advice. My sole purpose in sharing this projectile barf of a post is to just articulate what this mental dumpster fire is like. I know I can’t be the only person who feels like this sometimes, and if anything, the isolation of feeling like you are the only one is the shittiest thing of all.

I don’t have any answers, and I know the dumpster fire will be put out soon. When that happens I’ll forget what this place feels like until the next time.

P.S. I feel bad there weren’t any pictures so here’s my friend Jerry. His face pretty much sums all of this up. 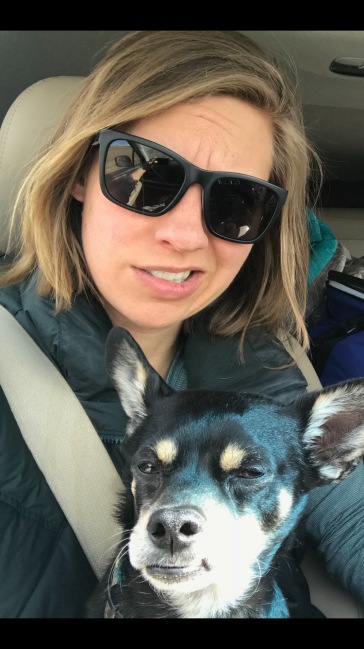